The Roosevelts to the Bidens: A Path Well-Traveled

I am so proud of this series of episodes covering the illuminating, fascinating, and empowering life of Former First Lady Eleanor Roosevelt.  I hope you are, too!  This episode has taken me down quite the rabbit hole, and I wanted to share with you some of the discoveries I’ve made!

This new episode of Brook Reading coincides with the Inaugural Ceremonies of the 46th President of the United States, and a new wave of positivity, change, and excitement is in the air.  I discussed many of the feelings that I was having about that in this week’s episode, as well as many interesting facts that I discovered.  That rumination is shared below.  I also wanted to continue the challenge that I posed for you involving a Dreamcast of our fantasy biopic of this iconic and influential political couple.  Check out episode 117 for more on that!

“Eleanor Roosevelt - The Defining Years (Volume Two, 1933 - 1938)” by Blanche Wiesen Cook has been such a wealth of information - I hope you’ll stick around for Volume Three and the conclusion of Mrs. Roosevelt’s life in politics, activism, and fame.

“I have been swarmed with feelings all day.  Mostly wonderful, obviously.  I’m reading all of the articles, I don’t even care what they’re about.  As long as they’re not about the reject that left the White House this morning, who I won’t even call ‘the former president’, I will read ALL of the updates and articles about the inauguration ceremonies, the traditions, and about President Biden and Vice President Harris.  I did wonder if President Biden was a veteran, so I had to look that up.  He would salute along with the military figures during the reviewing of the troops, and when they visited the Tomb of the Unknown Soldier, while everyone else placed their hand over their hearts.  But I discovered that his son was a veteran.  He didn’t die in battle, he died later on in life from brain cancer.  Then, I was starting to see the post going around, “A Catholic, a woman of color, a teacher, and a Jew walk into the White House.  This isn’t a joke.  This actually happened.” Or whatever it said.  So, I asked my lady, which are the teacher and the Jew.  She said that VP Harris’ husband is Jewish, so not only is he the first “second gentleman” (instead of second lady, which I also found out is what you call the wife of the vice president), but he is the first Jewish person.  So THEN I was like, who is the teacher?  Turns out Dr. Biden has her doctorate in Education and has been teaching for like a million years.  AND, she’s from New Jersey!  What??  So many cool things that I was learning.  And Wait!  I’ve got more!  An article popped up from Marie Claire as to why so many influential women who were present were wearing purple.  First of all, I felt like an idiot because I thought Vice President Harris was wearing blue.  Secondly,  I almost let myself get up in arms by screaming, “Who cares what they’re wearing??  There are more important things to focus on!  And, why do we always have to focus on clothes when there are women involved?”  But, as I said, I’ve been so pleased to read all of these articles and absorb myself in all of this excitement that I read it.  I’m SO glad I did.  The reason that Former First Lady Michelle Obama, Former First Lady and Secretary of State Hillary Clinton, and Vice President Harris all chose to wear purple coats and outfits (and Senator Elizabeth Warren wore a purple scarf) was because the color of the suffragette movement was purple.  This is a typical choice for women attending inauguration ceremonies in the past (I guess I just never noticed).  ALSO, though, many people speculated that, especially in the case of Vice President Harris, purple was worn to signify the mixing of red and blue and the fight for bipartisanship in the upcoming term.  VP Harris also wore her pearls from Alpha Kappa Alpha, in solidarity and celebration of all women, standing together, and working towards a better future.  These pearls specifically (because, you know, I had to look up the history of them) had 20 pearls in the necklace which signified the 20 women who founded the organization.  All of these images and icons flashed through my mind at lightning speed.  Womanhood, feminism, friendship, solidarity, class (I don’t mean upper or lower, I mean like having class, propriety), purple, violets, pearls, Eleanor.  It made me want to run out and buy a string of pearls for all of the important women in my life.  Similarly, my best friend had this same thought process when she sent me the loveliest gift of a book of gothic stories written by women with a beautiful handwritten note and a bookmark made of flattened violets.  That I will treasure forever.  It is quite a struggle to find so many women with whom we can forge real friendships, real relationships, since many women are catty, or untrustworthy, or generally concerned with more trivial things.  I am so lucky to associate with the women that I do.” 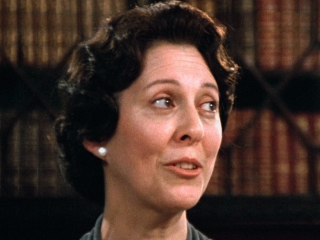 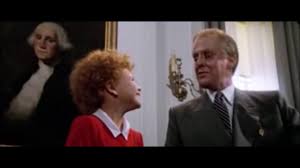